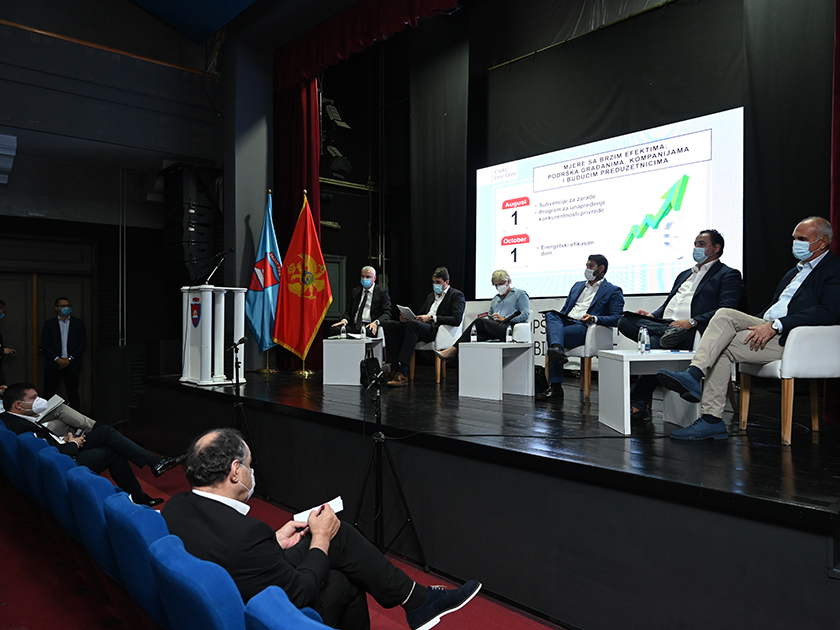 On initiative of the President of Municipality of Bijelo Polje, Petar Smolović, a Government of Montenegro delegation headed by the Minister of Economy Dragica Sekulić visited the Municipality today to discuss with businessmen's possibilities offered by the third Government Package of economic measures.

Minister Sekulić pointed out that "Third Package" is worth 1.22 million euros and it covers period of the next four years and that it implies additional investments in sectors of the Montenegrin economy.

"I thought that this was a good opportunity and an occasion to present to businessmen's possibilities offered by the third package of measures. What is characteristic of Bijelo Polje is that for the second package of measures alone, over 1.1 million euros were spent on employee salaries. Over 600 companies from Bijelo Polje used those subsidies "- Minister Sekulić said, emphasizing fact that, thanks to the possibilities from the Second Package of Measures, 116 new employees were registered in companies in Bijelo Polje.

President of the Municipality, Petar Smolović, said that today's meeting of businessmen's from Bijelo Polje with representatives of Government and state institutions is an opportunity to get even closer to the possibilities provided by the package of economic measures of the Government of Montenegro.

"We initiated this meeting in order to enable our businessmen direct contact with government representatives. Today, we had the opportunity to resolve our doubts in direct communication in order to enable our businessmen's to make the best use of all the advantages of the Third Package of Measures. It is fair to the local economy and these days we all must be on the same task - repairing the consequences and creating conditions for faster recovery and further development," President of the Municipality said.

IRF Director Zoran Vukčević said that the IRF has prepared 39 credit lines that are intended to support those sectors that are most affected by the pandemic, primarily mean tourism, agriculture and production. Within credit lines, a reprogram for existing loans has been provided, both for hoteliers and companies in tourism, as well as for those for farmers. 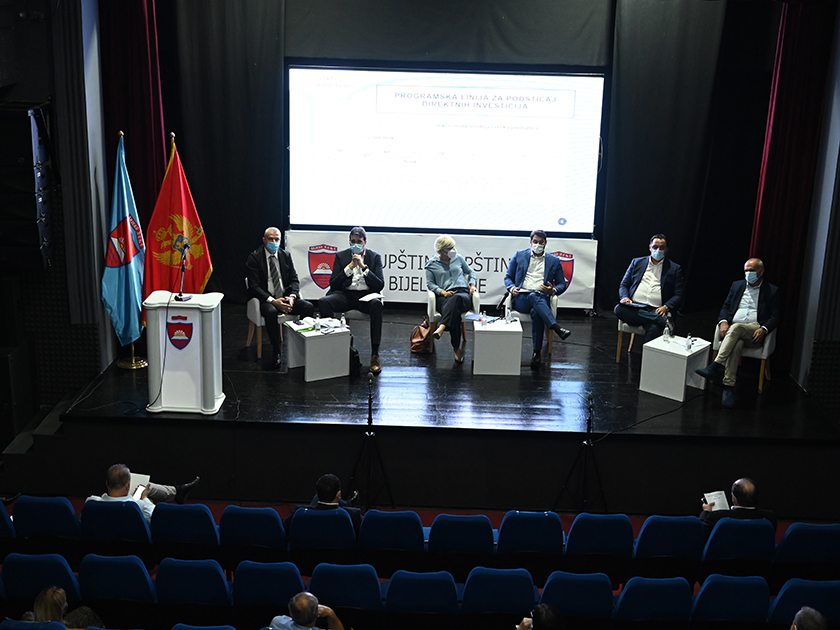 One of the most successful businessmen from Bijelo Polje and the president of the Economic Council, Hasan Ramović, said that the support measures would be very important for the economy and that, in addition to preserving jobs, they would create space for further development.

"It is a huge undertaking of the Government of Montenegro and a huge support for people who want to work and prove themselves," Ramovic concluded.