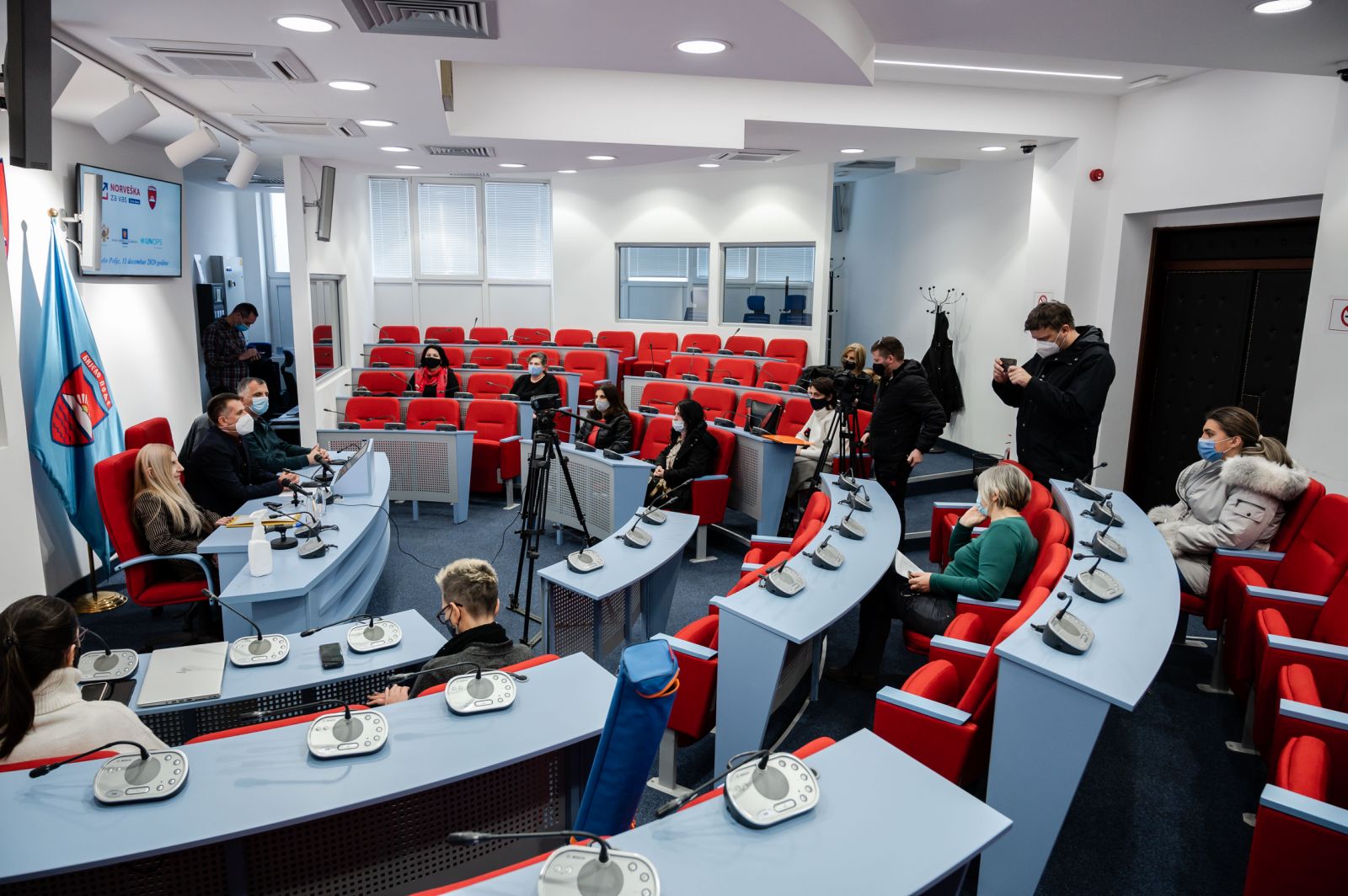 Three persons with disabilities will start working in February in the Protective Workshop "Golden Hands", within the project "Norway for you", which in the past six months, in cooperation with local government and the Municipal Association of Paraplegics, implemented by the UN Office for Project services (UNOPS).

The goal of the project was the economic empowerment of women with disabilities, and those who successfully completed the training were awarded certificates today. Armen Čekić, coordinator of the "Norway for You" project, said that three people with disabilities would get jobs.

"The activities of the project, which is focused on awarding grants for various topics in the field of economic development, in the municipality of Bijelo Polje, started at the beginning of last year. As a result, today we have concrete employments, but also a large number of people with disabilities who are, in a certain way, able to function independently on the labor market. I believe that this cooperation will be continued in the future as well" Cekic emphasized.

Milka Stojanović, President of the Association of Paraplegics for Bijelo Polje and Mojkovac, thanked UNOPS and the local self-government for their support and successful cooperation. "It is extremely important to us that from February 1, three women with disabilities will be employed as confectioners in our workshop. We also received two fully equipped specialized machines for making work uniforms, so I hope that with quality work with strength and modern equipment in the coming period to be more competitive in the market and achieve the sustainability of the only Protective Workshop in Montenegro, "said Stojanovic, thanking the representatives of MS-educo, who conducted the training.

Samedin Agović, project coordinator for Bijelo Polje, said that they were satisfied with the results of the project, which enabled more equal treatment of persons with disabilities in the labor market.

"The Secretariat has applied for a call issued by the UN Office for Project Services (UNOPS). Four specialized industrially adapted machines for people with disabilities have been procured. A contract for the procurement of repro materials has been signed, and production of HTZ equipment, deficient Also, within the project, we have successfully implemented other activities, and the administrative ones are still ongoing, "said Agovic.

The project "Norway for You" is funded by the Government of the Kingdom of Norway, through the Embassy in Belgrade, which is also responsible for Montenegro.The Office for Local Economic Development of municipality Bijelo Polje (KLER) monitors project activities and provides support in its implementation.