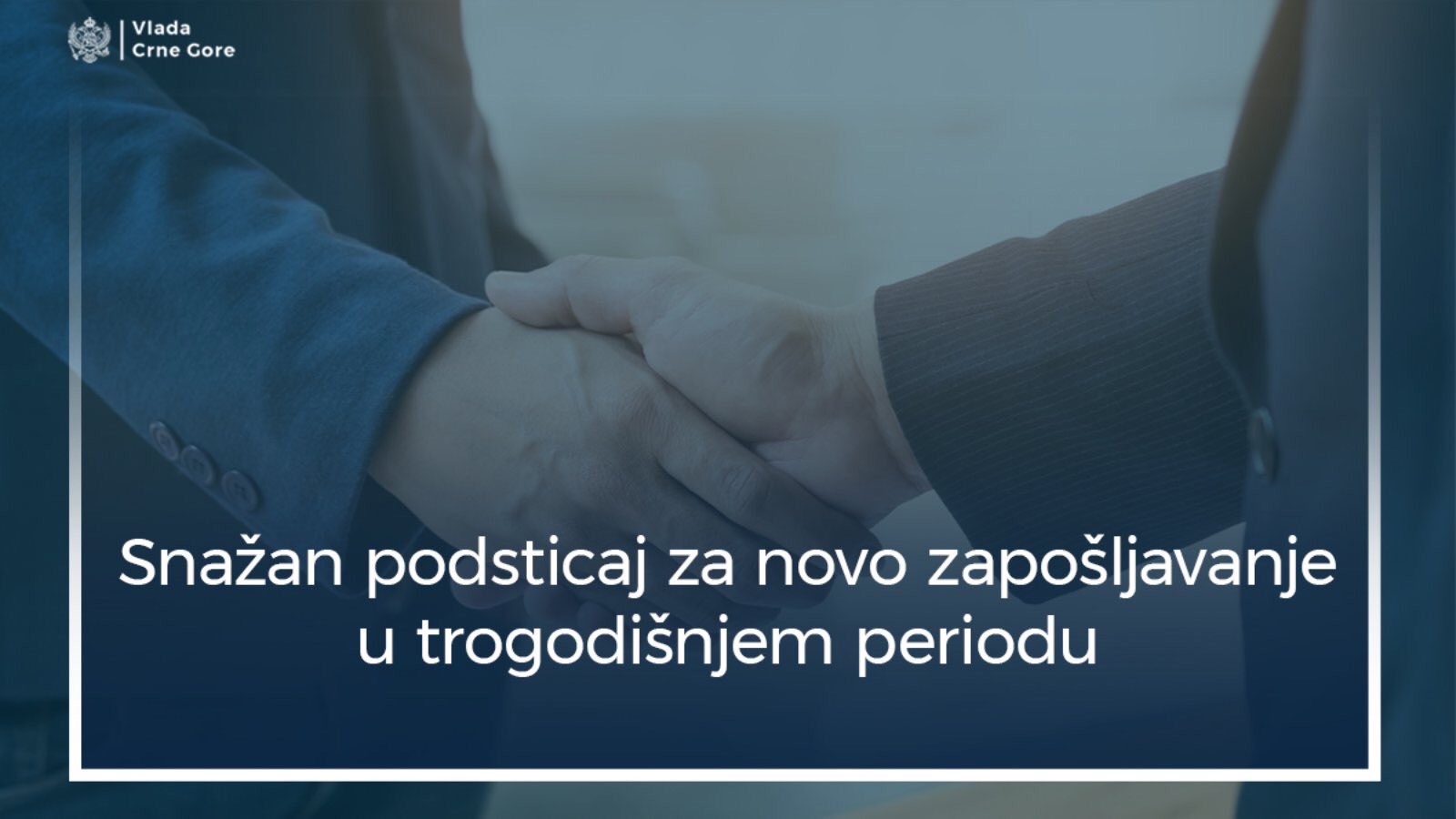 An employer who establishes an employment relationship until the end of 2021. for an indefinite period of time with a person who has been at the Employment Bureau for more than 3 months, will be exempt from paying taxes and contributions for pension and disability insurance, the Ministry of Economic Development announced.

This is envisaged by a new package of measures to support the economy, which aims to encourage new employment.

"This will exempt employers who hire people who are currently at the Bureau, of whom there are almost 50,000, from paying taxes and contributions in the amount of 90 percent of the gross average salary this year, 60 percent next year and 30 percent in 2023, for all who will be employed by the end of this year"- said Jakov Milatović, Minister of Economic Development.

The measure will cost the budget over ten million euros over a three-year period.

He also said that the Government enabled for companies to reschedule the tax debt on taxes and contributions to personal income, which arose in the third and fourth quarters of last year, for a period of two years.

According to Milatović, the government also increased the part concerning the payment of the flat tax, from 18 thousand to 30 thousand EUR.