Completed first Bjelopoljski Business Forum: Government biggest investor in the North, with new investments in the economy to economic growth and a better life 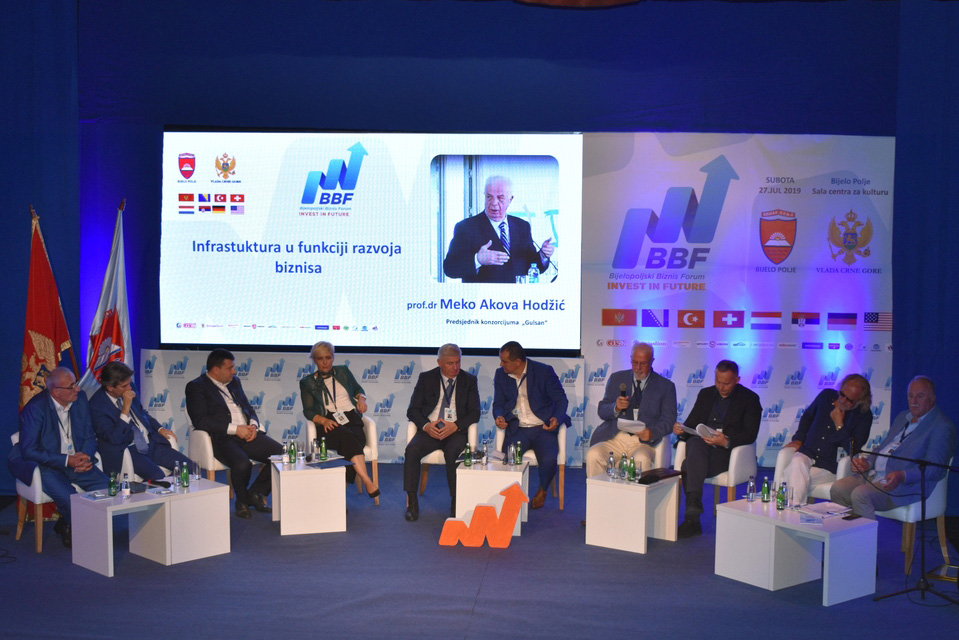 Montenegrin Prime Minister Dusko Markovic said today in Bijelo Polje that the government investing more than a billion euros since the beginning of the mandate until the end of this year, the biggest investor in the Northern region of the country which the government paved the ways of further development of the North, and that now needs to work to prove synergy state, private companies and individuals with the aim of partnership with the diaspora make Montenegro a place where people will live the quality of European citizen.

"Today we do not talk that should and must be invested in the North. At this moment the North are implemented dozens of projects, machines and builders are at every step in Bijelo Polje in particular. That is why I am looking forward to the organization of this investment forum right here, not only because of the recognition of potential, possible new investment ideas, but the necessary synergy between the government, private companies and individuals to the Montenegrin economy to his feet and make it a place where people will live the quality of European citizen. It is our duty to be agents of positive change. To invest wisely and create conditions for business development in all municipalities and all sectors "- the Prime Minister said addressing the participants of the first business forum in Bijelo Polje.

Organizer of the first business forum in Bijelo Polje the Municipality Bijelo Polje, a president Petar Smolović urged businessmen to invest in Bijelo Polje, because now started investment was operational at the time of the opening of capital projects, mountain resort Bjelasica and Đalovića cave.

"We are honored to be the first Bjelopoljski business forum opened by the Prime Minister, in addition to all the important decision makers in Montenegro, there were present and foreign investors that we hope that we gave them the impetus for their investment in the North of Montenegro. We Bjelopoljski business forum we want to prove ourselves and show that we are absolutely ready for the infrastructural and organizational large investments that lie ahead in the north, which should come from the private aspect. Capital and state projects are widely implemented, and now we need private investment that we would enhance economic growth for the benefit of the citizens of Bijelo Polje, "said the Mayor.

President Svislajon (Swisslion) business system Rodoljub Draskovic said he carries the positive impressions of the BBF and announced that it will expand its business to Montenegro, and will build a new plant. Draskovic said he is very interested in building a factory in Bijelo Polje, once in the coming months examine the potential for investment.

"In any case I assess Bjelopoljski business forum to be very successful, they are serious interlocutors and serious topics. I conclude that the objective of development of north Montenegro priority for all of priority in the Government of Montenegro. My understanding because I come from the area of ​​food production, if it finds that I have the potential for investment in primary production agriculture will be included with the processing capacity to absorb market surpluses and to develop the economy not only of Bijelo Polje, but the whole of the north, said Rodoljub Draskovic, president of the business system Svislajon (Swisslion) Takovo ".

Chairman of the Board of Directors Monteput, Aleksandar Zuric talked about the realization of the project highway Bar - Boljare, which will be in addition to the traffic and security aspects, with the completion of this major project to create conditions for further development of the north. He recently with the President of the Municipality of Bijelo Polje Peter SMOLOVIĆ, arranged the construction of another port of Bijelo Polje to the future highway, which will run from Rasova over Boljanina.
Former Mayor Tarzan Milosevic referred to the beginnings of investment projects in Bjelasica and Đalovića cave and believes that the realization of these projects will create conditions for a better quality of life for citizens in Bijelo Polje.

At a panel discussion in Bijelo Polje first business forum, in addition to the current and former presidents of the Municipality took part Minister of Economy Dragica Sekulic, president of the Chamber of Commerce of Montenegro Vlastimir Golubovic, CEO of Mortgage Bank Esad Zaimović, professor of the Faculty of Economics Milivoje Radovic, as well as businessmen Mecca Akova- Hodzic and Rodoljub Drašković. Moderator Forum was Ramovic Hasan, a first-BBF took part in more than one hundred businessmen from Montenegro and abroad.