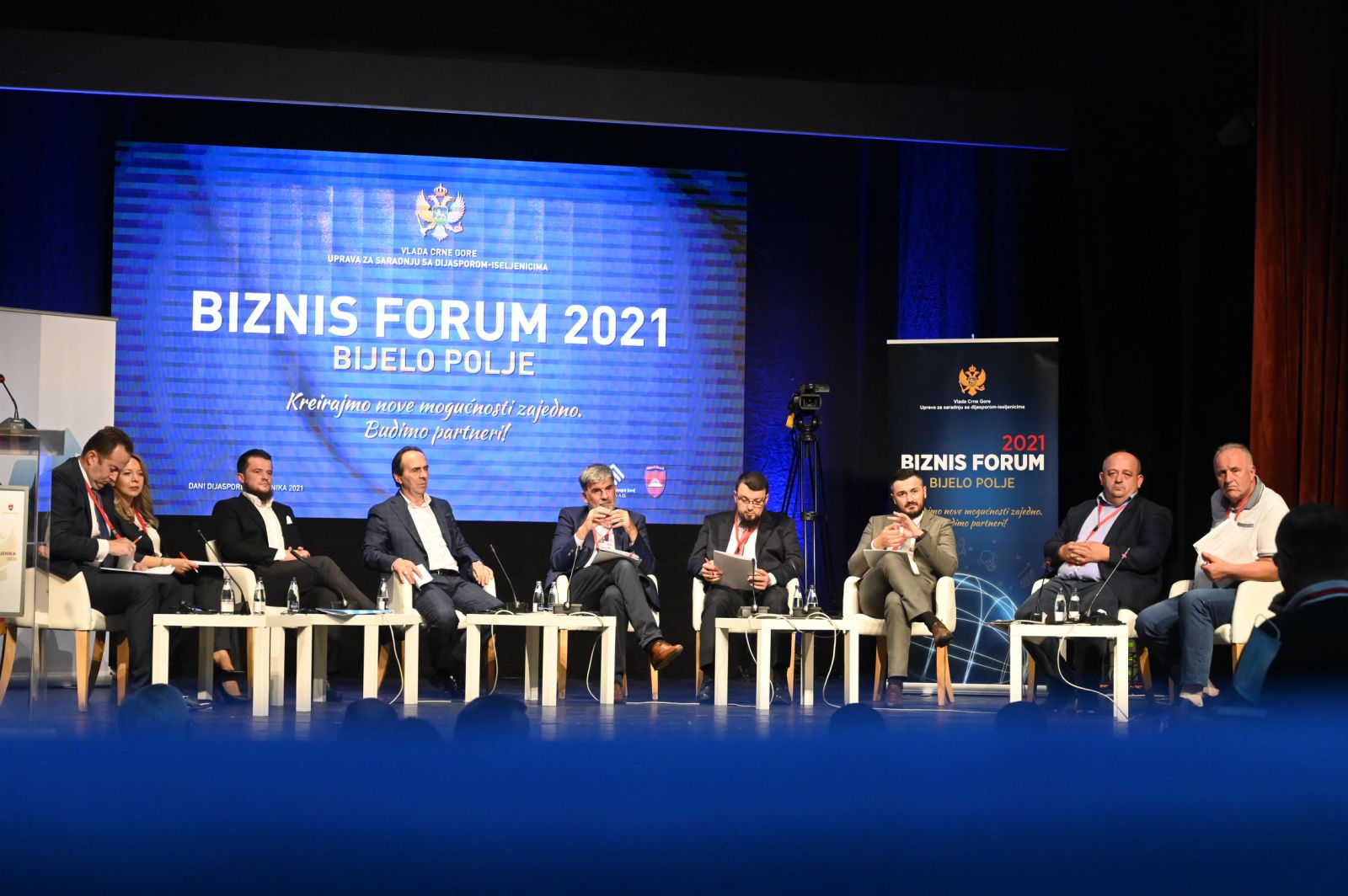 Speaking at the panel, the President of the Municipality Bijelo Polje, Petar Smolović, especially emphasized the importance of construction of the Bar-Boljare highway for 11 municipalities from the north of the country.

"This is a project that should connect the north and south of the country, but also to enable an easier flow of goods and passengers. Bijelo Polje, as the regional center of the North, with its geographical position and tourist potentials is becoming more and more interesting for domestic and foreign investors "- said Smolović. 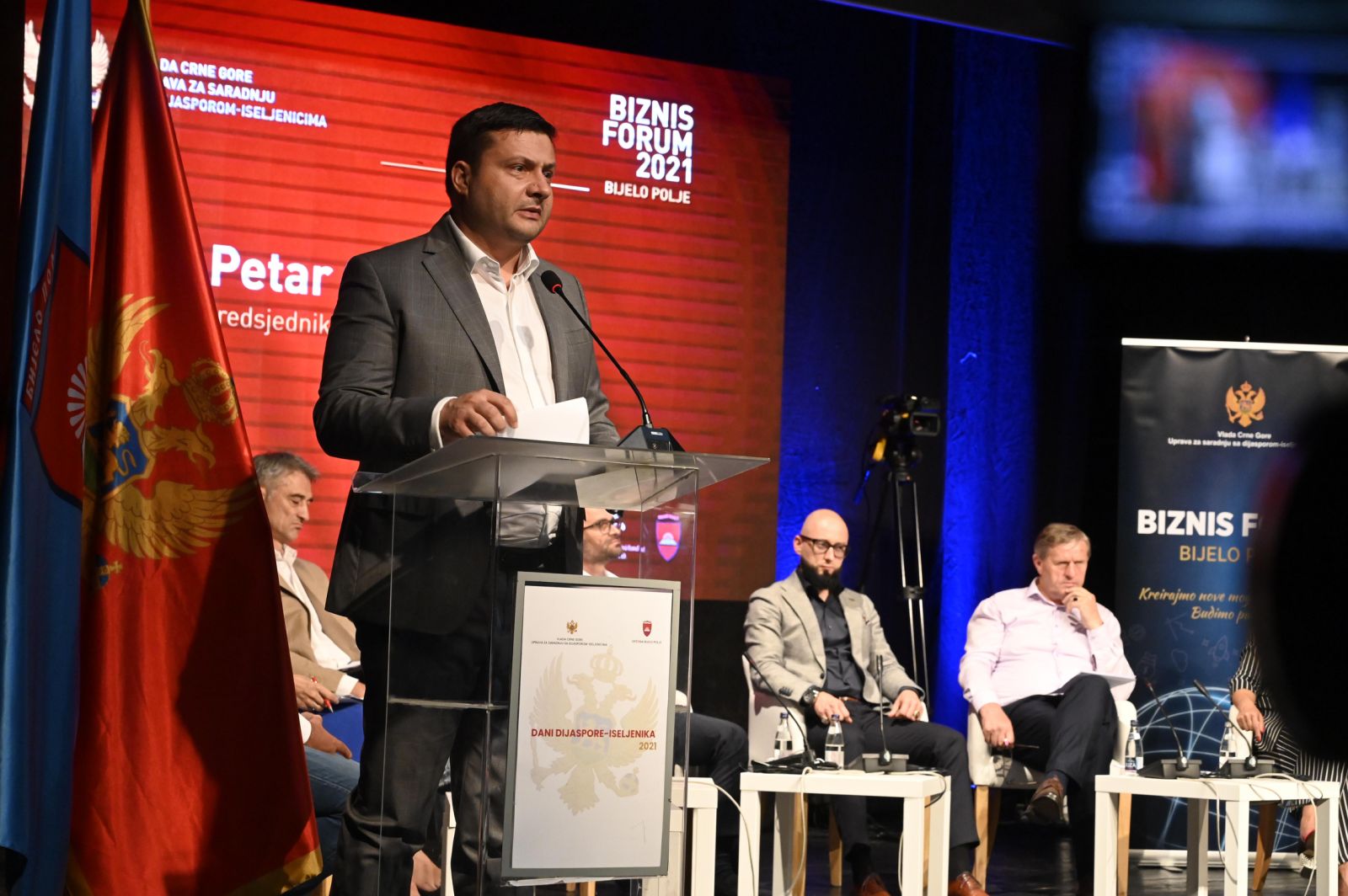 Presenting the potentials that Bijelo Polje has, he said that the realization of two most important capital projects in tourism - "Đalovića pećina" and Ski center "Cmiljača" will create great chances for the development of winter and summer tourism, but also agricultural production, which will increase the number of employees in our city, as well as improving the living standard of local population.

President Smolović called on businessmen and representatives of the diaspora to invest in Bijelo Polje, assuring them that Bijelo Polje has the appropriate capacities and is strategically committed to improving the business environment, attracting investments and encouraging the development of the local economy.

"For that, we received an international certificate in the form of a BFC certificate, as the first local self-government in Montenegro that met all the necessary criteria. While through the opening of six business zones, we have additionally liberalized the conditions for opening new or expanding existing businesses with all the benefits provided by locations and areas integrated into the Business Zone "- president concluded.

Said Hodžić, Director of the Directorate for Cooperation with the Diaspora, spoke about the importance of connecting the diaspora with local governments and state institutions, who explained that business forum was conceived as a basic link to thematically unite the resources of the diaspora from intellectual to investment associations with local state institutions, organizations and individuals.

"Today's business forum is a kind of demonstration exercise of future cooperation between the diaspora, state institutions and local governments in the field of economy," Hadzic said, adding that today the initial board of the Diaspora Business Club was formed, which will be open to each individual.

The forum was attended by representatives of the Government of Montenegro, led by the Prime Minister, local governments, state institutions and companies, as well as several businessmen from the diaspora to jointly present the directions of future cooperation and improve the business environment.

The role of the diaspora, state institutions and local authorities was discussed through three panel discussions, starting from the fact that questions and answers of mutual cooperation are hidden in that triangle. 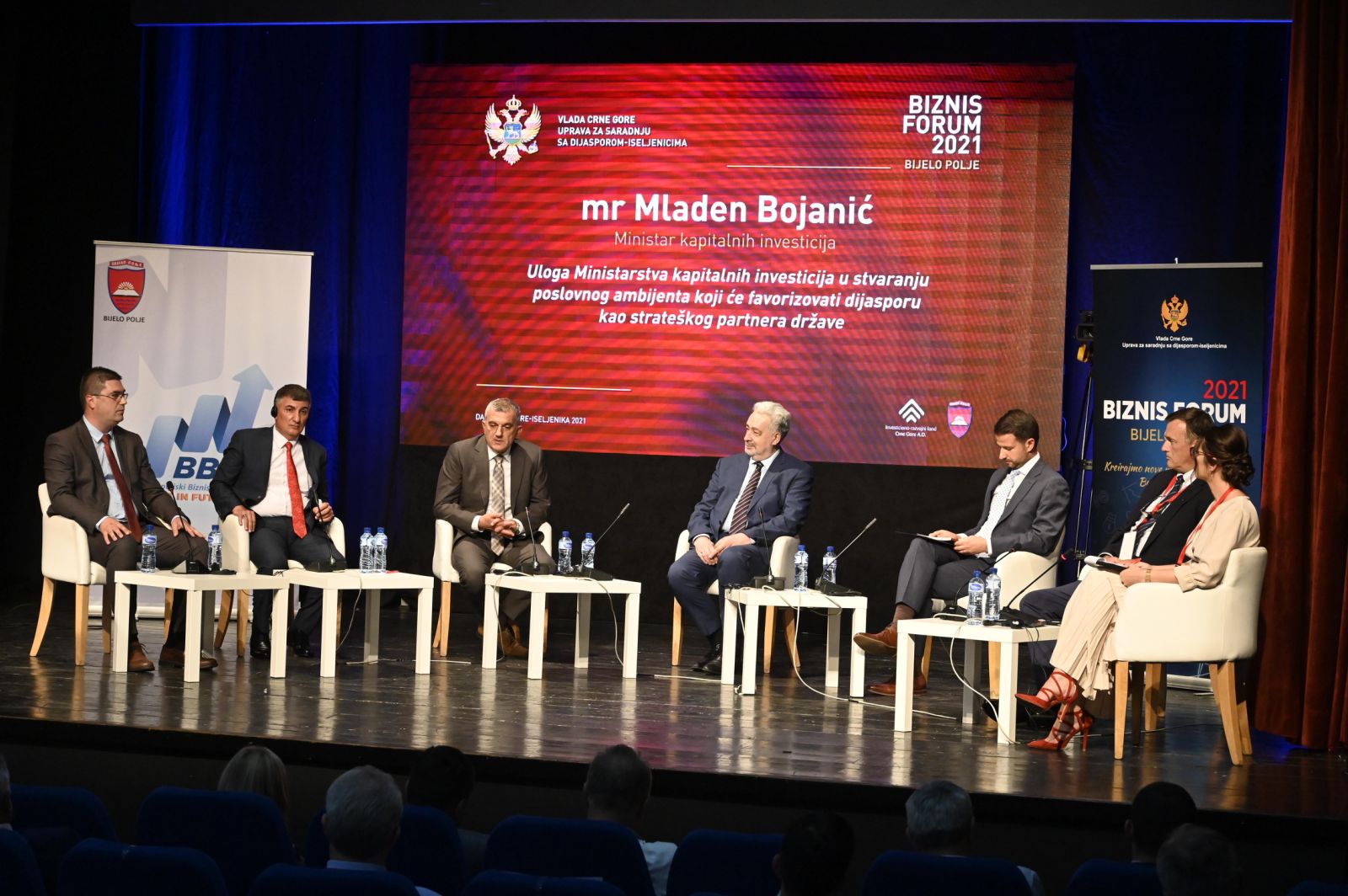